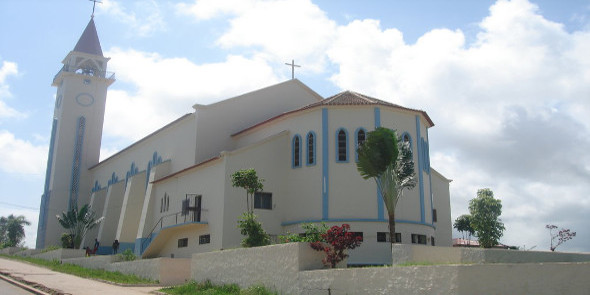 Cabinda is marked by a strong religious belief, which includes the ruins of the Old Episcopal Church of the 16th century,
the Church of Our Lady Queen of the World, Church of the Immaculate Conception, Church Tchiowa, Church Mboca and Church of Sto. António. But undoubtedly one of the points of greatest religious interest of the province of Cabinda is the Church of St. James, located the top of the hill that dominates the village of Lândana. Belonging to the Mission with the same name (Lândana), it was the first to be founded by the Missionaries of the Holy Spirit in Angola in 1873. Of neo-Gothic design, it was classified as “property of public interest” by the colonial administration.